Gift cards have become an important corporate tool for reward and recognition. This paper looks at the growing use of gift cards and how to add to the "trophy value" of gift cards via communication, customization, and presentation.... [ read more ] 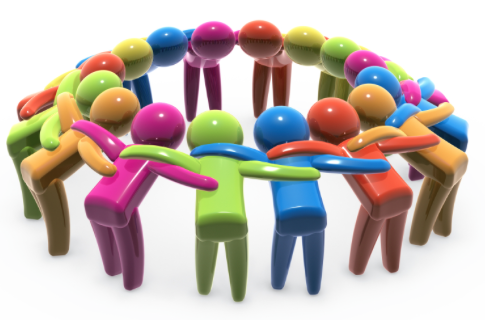 Verint Systems recently released the results of new research it conducted in partnership with the consulting firm Ovum. The findings, say researchers, reinforce the demand for "quick and convenient service coupled with a calculated approach to personalization in order to foster customer engagement." Some highlights: ... [ read more ]

While it is widely believed that employee attitudes and engagement directly influence customer experiences and customer spending behavior, there is little empirical evidence that has explicitly demonstrated this. This study, subtitled "An Empirical Analysis of the Relationship between Employee Attitudes, Customer Attitudes, and Customer Spending," combines results from an extensive survey of employees and customers at a hotel chain with the actual spending patterns of customers. Results show a direct, measurable relationship between the employee and customer perceptions of the hotel brand and customer spending behavior. ... [ read more ]

The cost of employee disengagement to U.S. companies in terms of lost productivity, accidents, theft, and turnover is estimated to be as much as $350 billion per year. Disengaged workers are often absent (even when they are at work), disconnected, and often pessimistic about change and new ideas. They have high rates of absenteeism and tend to negatively influence those around them. Engaged workers, on the other hand, are significantly more productive, interact more positively with other employees and new hires, and are much more likely when they interact with customers to create relationships that generate loyalty and increased business. This white paper looks at the best measures available for building engagement among employees along with looking at the ROI for investing in those measures as a way for managers to demonstrate the economics of engagement to top executives.... [ read more ]

In today's economic environment, employers are struggling to find every advantage possible to thrive, grow or simply to stay in business. For most US based organizations payroll represents the largest expense. Advantages therefore, come first and foremost through better talent management.... [ read more ]

Are there differences in how a computer manufacturer plans and implements an incentive program versus how a pharmaceutical company or new car dealer does? What about a commercial banking operation, insurance agency or a telecommunications company? Are there processes, types of incentives used, or other nuances that are unique to these markets? Which industries are more likely to develop their programs in-house, as opposed to securing an outside vendor? The Vertical Market Study attempts to answer these and other questions. It provides a full report on how the six specific industries planned and implemented incentive travel, motivational meetings and special events.... [ read more ]

This study, conducted by Frank Mulhern on behalf of the Promotion Marketing Association with the support of the Forum, identified key challenges facing organizations attempting to fully integrate external and internal marketing.... [ read more ]