The online sweepstakes, which was used to encourage people to visit the Web site, featured a grand prize trip to Tarrytown, New York, to tour the real Sleepy Hollow. A 30-second spot aired on the network to promote the Web site and sweepstakes. Odyssey's main Web site also carried a banner ad to drive traffic to the film's site. ... [ read more ]

Every time they dined at The Palm, customers received a random selection of three "steak certificates" for a specific number of shares in a company listed on the New York Stock Exchange (NYSE). Diners could open an account, make deposits, and receive dividends as they built their "portfolios." The accounts were identified by home telephone numbers. Customers could accumulate certificates and mail them in at the end of the promotion or deposit them when leaving the restaurant. ... [ read more ]

Promotional Products have a positive impact on brand image. Specifically, when comparing people who receive a promotional product from a company with others who do not, this research shows that people who receive a promotional product have a signi?cantly more positive opinion about a business through: • More positive overall image • More positive perception of the business • Higher likelihood of recommending the business • Higher likelihood of patronization.... [ read more ]

Owning a new pet can be an overwhelming experience for any consumer. Young families, in particular, often have many conflicting responsibilities and little time to spare. Purina focused on simplifying these responsibilities for the new pet owner by offering them a complete starter kit that contained everything they needed to care for their pet.... [ read more ]

The morning newspaper and a cup of steaming coffee are natural partners. When six new coffee shops opened in downtown Traverse City within twelve months, the Traverse City Record-Eagle decided to take advantage of this "morning" momentum. Working with Nouveautes USA, the paper offered gourmet coffee to new and old subscribers who signed up for twelve months of Record-Eagle home delivery using automatic bill payment. The "Whole Latte News" consumer offer targeted well-educated, business professionals with an annual household income of $50,000 or more. The choice of incentive, gourmet Gevalia® coffee (distributed exclusively by NouveautesUSA™), helped drive home the core selling point of the campaign – the price and duration of the E-Z Pay subscription. For $12.00 per month for 12 months, new customers received 12 packs of Gevalia® coffee. ... [ read more ] 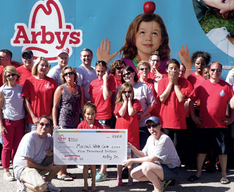