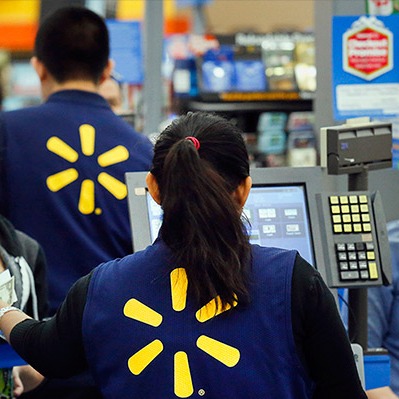 Walmart executives woke up Sunday, Oct. 15, 2016, to a generally favorable news report on the front page of the New York Times Sunday business section (see How Did Walmart Get Cleaner Stores and Higher Sales? It Paid its People More). This article reflects the state of human capital investment today: early stage. On the one hand, Walmart’s effort reflects the growing acceptance by executives, even at large companies, that performance in the end depends on people. It also demonstrates the positive PR generated by such investments. On the other hand, the article demonstrates that a company that probably spends tens of millions of dollars or more using the world’s top consultants may be overlooking what anyone reading EMS probably knows is required to foster the proactive involvement of people critical to success.
What’s Lacking?
As with the Wells Fargo incentive program fiasco, Walmart’s efforts, as reported in the article, demonstrate the general lack of knowledge at the highest levels of business about how to formally translate human capital investments into sustained performance. The company probably spends tens of million dollars on surveys, executive and employee training, incentive and recognition programs, analytics and other human capital strategies without fully understanding the need to strategically align these investments to fulfill brand promises so everyone who touches the organizations feels satisfied. Walmart and other executives are to be forgiven, because people don’t learn about this subject in schools, or read about it in the general business media.
The New York Times article noted that while the company’s efforts so far have yielded higher sales, cleaner stores, greater customer satisfaction and an enhanced employee brand, the results have not shown up on the bottom line. That lag time is understandable, but unless Walmart has a clear strategy for achieving a return-on-investment on its human capital investments beyond what the Times reported, it appears that Walmart may be lacking the essential element to success:  a formal strategy for fostering the proactive involvement of everyone critical to success by addressing all of the key levers of engagement in a strategic way. This process goes beyond ad hoc approaches to pay, benefits, recruiting and career laddering.
Of course, we don’t know the particulars of Walmart’s efforts other than those reported in the article, which focused primarily on its investment in higher pay, more training and clearer opportunity for advancement. According to the article, the result so far is higher sales, cleaner stores, greater customer satisfaction, and an improvement in the employee brand; i.e., the sense of pride associated with working with an organization that helps attract better employees.
Formal Strategy Required
Because Walmart, like most companies, probably has made these investments somewhat by instinct, it may have overlooked the need to bake engagement into the very culture of the organization, starting with establishing a clear brand about which people are passionate. Once that vision and mission are established (and Walmart probably has some work to do in that department), what’s needed is leadership at all levels of the organization equipped to inspire their teams – which is a tall order for any company let alone one as large as Walmart, which has had a lengthy reputation for focusing on process and spreadsheets over people.
Beyond that, formal engagement strategies include consistent communication in every medium, from face-to-face to smart phones, to regularly remind people how they can contribute and also to create a community in the manner of a hometown newspaper. With over 2 million employees, Walmart is bigger than most cities, so that task of building a community alone merits its own media company. To foster task value even for entry-level employees, Walmart can benefit from innovation and collaboration strategies that enable anyone to make a great suggestion or help someone in another department and get recognized and rewarded for it. Research demonstrates that people work better when they have fun and feel supported, so the company needs a rewards and recognition strategy that supports all of the key results and actions critical to delivering the brand promise. Beyond that, analytics are required to provide useful information to employees so they can perform better in the future.
The not-for-profit Enterprise Engagement Alliance is so committed to creating a formal approach to engagement across the enterprise that we give away our framework and implementation process to anyone, even to companies as large as Walmart, which have the most to benefit. For more information, go to TheEEA.org/learning.